Michael created Silent No More Foundation to do more to end child sexual abuse in our world – because more must be done.

HOW WE ARE DIFFERENT

Sexual abuse victims rarely come forward to get help or to file a police report. Consequently, a system that relies on victims to show up at a police department or at child protective services is not realistic. Silent No More Foundation takes a proactive and aggressive approach that has helped hundreds of victims and stopped serial pedophiles all across the country.

Supporting a Revolution. Starting with high-profile cases like the Jerry Sandusky case, more victims have taken on perpetrators who would otherwise escape the law. A revolution has begun whereby victims are no longer staying silent; rather, they are speaking out with the confidence that perpetrators will be brought to justice. We are supporting that revolution.

Cracking the Shell of the Powerful. While working the Jerry Sandusky case, we heard victims say, “He’s too powerful to bring to justice,” “He is friends with the mayor and the police department,” “The DA said there wasn’t enough evidence to try him.” We learned what it takes to prosecute a person with power and influence like Sandusky – a combination of staying power and determination, partnership with higher-level law enforcement (state and federal), working with the media, and a compassionate and confidential method of identifying victims who have not yet come forward.

Empowering Victims through Treatment. Reaching and empowering victims is key to taking down pedophiles. As additional victims in a case are identified, we approach them in a very sophisticated way. Sources are kept confidential and victims are offered help, as in most cases they suffer from anxiety or depression, drug or alcohol addictions, severe relationship problems or Post-Traumatic Stress Disorder. They typically welcome our services and, during treatment, become more likely to file reports and identify other victims. We support them every step of the way -- even accompanying them to file. 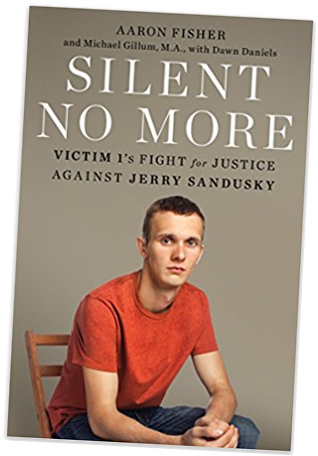